Starting as he means to go on, Zerafa got off to an explosive start in his debut, defeating Peter Makrypodis in 1 rounds and becoming the only person to have stopped Makrypodis to date. Continuing on from his winning debut, Zerafa's winning streak continued with wins against fighters included Faisal Fayad, Adrian Campbell and Yang Xing xin fighting 6 times in 2011 and once in 2013.

Kiatchai Singwancha was beaten next on December 13th, 2013 meaning Zerafa could maintain his unbeaten streak. Zerafa was the 8th person to stop Kiatchai and he did it in the 8th round via TKO.

Next was Luke Sharp on February 14th, 2014 where Zerafa took the win continuing his unbeaten streak. A great showing of his boxing ability, Zerafa became the first person to beat Luke Sharp, beating him over the 8 round distance resulting in a UD victory. Another win followed for Zerafa taking his win tally to 15 wins.

On October 24th, 2014, Zerafa took on and was defeated by Arif Magomedov in his first career defeat meaning his career tally went to 15-1-0. Zerafa's technical boxing ability was put to the test as he got outpointed in the 10 round fight against the better man. Magomedov gave Zerafa his first professional loss of his 16 fight career to date.

On September 12th, 2015, Zerafa took on and was defeated by Peter Quillin meaning his career tally went to 15-2-0. Peter Quillin became the first person to stop Zerafa. The win came via KO in the 5th round of a 12 round bout.

Ensuring he added another win to his tally, Michael Zerafa defeated Gustavo Alberto Sanchez on December 6th, 2015 in his latest fight. Zerafa was the 2nd fighter to stop Sanchez in round 4 of a 8 round fight, Zerafa won via KO. 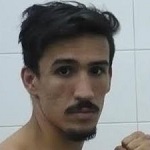