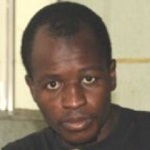 Miguel Gonzalez started off his pro career aged 24 and currently has a record of 10-4-0. Gonzalez now looks to build on the experience gained in his first 14 fights. Between November 2010 and June 2012, Gonzalez had his longest winning streak of 10 fights. In his 14 fights, his longest KO streak is 5 fights long.

A calm Gonzalez made the statement he was hoping for in a 4 round fight against Juan carlos Reyes. Claiming the only stoppage defeat of Reyes's career in round 2 of the fight via KO. Maintaining a successful start proved easy for Gonzalez with a further 7 wins, beating boxers such as Franklin Ruiz, Juan carlos Reyes and Juan jose Cisneros.

On December 1st, 2012, Gonzalez took on and was defeated by Josec Ruiz in his first career defeat meaning his career tally went to 10-1-0. Gonzalez's fight against Josec Ruiz was Gonzalez's first stoppage defeat of his career. This came via TKO in the 9th round of a 10 round fight.

Gonzalez's next defeat of his career came against Josh Taylor on May 14th, 2016. Out for his 14th career fight, Gonzalez was once again outmatched where he suffered a 1st round TKO loss in only his 3rd stoppage defeat to date. Another blow for the talented Gonzalez. 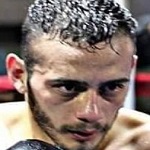 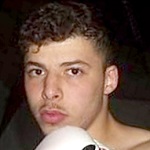