Szello, aged 30, started his career on June 2014. Although still relatively close to the start of his career, his record stands at 6 wins and will hopefully continue to rise. He started his best winning streak on June 2014 however, this came to an end on February 2016. In this period he won a total of 6 fights.

In a successful debut, Szello fought Paata Berikashvili in a 6 round fight defeating him over the distance and becoming only the 17th person to defeat Berikashvili. Szello went on to win his next 3 fights taking his record to 3 wins.

Giulian Ilie was beaten next on April 17th, 2015 meaning Szello could maintain his unbeaten streak. Ilie was a great challenge for Szello, losing over the full 8 round distance and crowning Szello as the 9th person to have defeated Ilie. Taking his record to 4-0-0. Szello then went on to win his next fight against Ismail Abdoul.

On October 17th, 2015 Szello fought and beat Alejandro emilio Valori (17-8-0) to continue his unbeaten streak. Becoming the 6th fighter to stop Valori, Szello beat Valori via TKO in the 5th round of a 10 round fight.

Imre Szello retained his unbeaten record in his most recent fight by beating Walter david Cabral on February 20th, 2016, increasing his record to 6 wins. Szello was the 10th fighter to stop Cabral in round 2 of a 10 round fight, Szello won via KO. 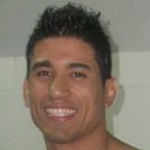