Ryad Merhy, aged 20 started his pro career on May 2016 against Hrvoje Bozinovic where he started his current unbeaten streak as he moves mid way into his current 19 fight career. Merhy's longest KO streak is 6 fights long out of his 19 career fights.

Staritng his career off in tremendous fashion in June 2013, Merhy became the 3rd quickest fighter to have ever stopped Hrvoje Bozinovic. The fight ended in round 2 via KO stoppage. Merhy built on his successful start to his career by fighting 5 times in 2013 and 5 times in 2014 which included fights against Paata Berikashvili, Nikolai Ermenkov and Cedric Kalonji to name just a few.

Next was Jakub Wojcik on November 23rd, 2013 where Merhy took the win continuing his unbeaten streak. Merhy was the 2nd person to go the distance with Wojcik. Merhy fought Jakub Wojcik in 2013, the result was via UD. Fights against Toni Visic, Abdelhadi Hanine, Paata Berikashvili and 2 others followed where he won all 5 fights taking his winning streak to 9 wins.

Next was Antonio Sousa on September 26th, 2015 where Merhy took the win continuing his unbeaten streak. Antonio Sousa was Merhy's next opponent of his career in 2015. The fight was scheduled for 8 and Merhy was the 2nd person to go the distance with Sousa.

On December 19th, 2015 Merhy fought and beat Sylvera Louis (7-3-0) to continue his unbeaten streak. The win against Louis came in the 6th round of a 12 round fight via KO. Merhy was the 3rd person to stop Louis.

The unbeaten run continued with the defeat of Williams Ocando in his latest fight on May 21st, 2016, taking his winning record to 19 wins. The latest fight for Merhy was expected to be a challenging one, but Ocando was disposed of in 6 rounds as Merhy moves on to greater things and claims the honour of being first person to have ever stopped Williams Ocando. 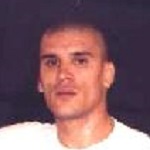