Although beaten, Jeremias ezequiel Castillo has gained plenty of experience over 27 fights and a 6 year long career so far. He now moves on to see just how far he can go as he approaches the later stage of his career. The longest win streak that Castillo has ever recorded was between April 2006 and October 2006 when it totaled 7 wins. Castillo's longest KO streak is 6 fights long.

Setting up his pro career well and building his confidence in the pro ring, Castillo became the 2nd person to take Christian ariel Lopez the distance and claimed a UD debut win. Castillo's rise in boxing continued with 14 fights against fighters such as Miguel dario Lombardo, Raul Zambrano and Bruno horacio Godoy. He had a mixed start to his career but mostly successful so far.

On January 20th, 2007, Castillo took on and was defeated by Alberto leopoldo Santillan in his first career defeat meaning his career tally went to 7-1-0. Castillo's technical boxing ability was put to the test as he got outpointed in the 4 round fight against the better man. Santillan gave Castillo his first professional loss of his 8 fight career to date. 12 wins followed where Castillo went on to fight Miguel leonardo Caceres, Bruno horacio Godoy and Miguel dario Lombardo amongst others, prolonging his win streak.

On April 15th, 2011, Castillo took on and was defeated by Franklin Mamani meaning his career tally went to 15-6-1. Franklin Mamani was the next opponent of Castillo's career in 2011. The fight was scheduled for 10 and Castillo was the 3rd person to go the distance with Mamani resulting in a loss for Castillo. Fights against Cristian david Serrano, Bruno horacio Godoy and Mario julio ruben Martinez followed where he won all 3 fights taking his winning streak to 18 wins.

Castillo kept his losses at 6 by beating Mario julio ruben Martinez on December 16th, 2011. Castillo secured the win over Martinez after the final bell via UD, resulting in Castillo being the 10th person to defeat Martinez.

Castillo went into his next fight against Paulus Moses on December 8th, 2012 with a career record of 19 wins. This latest challenge for Castillo proved to be too much for him, taking a UD loss to the better technical fighter over the 12 rounds and leaving Castillo wondering which direction his career will head next. 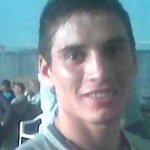 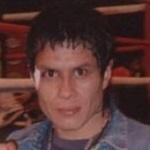