Christopher Diaz started his career aged 27 on September 2013. After 19 fights, Diaz remains unbeaten with no sign of being beaten after building up his record of 19 wins and a career lasting 10 years so far. Diaz's longest KO streak is 4 fights long out of his 19 pro career fights.

Diaz didn't take long to get comfortable in the pro game, becoming the first person to stop John Portillo (a 1 fight pro) via KO in the 2nd round. Continuing on from his winning debut, Diaz's winning streak continued with wins against fighters included Jose Bustos, Luis Ruiz lizarraga jr and Reggie Santiago fighting 2 times in 2013 and 2 times in 2015.

On December 11th, 2015 Diaz fought and beat Jerry Guevara (9-2-1) to continue his unbeaten streak. Guevara was a worthy challenger but Diaz was too much and became the first person to stop Guevara via KO during round 6.

Furthering his career, Diaz fought Angel Luna on February 27th, 2016 and advanced his winning streak to 15 wins. Diaz's fight against Angel Luna came in the 4th round of a 8 round fight via KO. Diaz became the first person to stop Luna. Diaz's wins continued and went from 15 wins to 16 after he then defeated Ray Ximenez.

Diaz then went on to fight and beat Neftali Campos on June 11th, 2016 maintaining his unbeaten record. Campos was a worthy challenger but Diaz was too much and became the first person to stop Campos via TKO during round 8.

Next was Raul Hirales on September 23rd, 2016 where Diaz took the win continuing his unbeaten streak. Hirales was a great challenge for Diaz, losing over the full 8 round distance and crowning Diaz as the 6th person to have defeated Hirales.

Fernando Vargas was beaten by Christopher Diaz in Diaz's most recent fight on November 18th, 2016 to ensure his unbeaten run continued. Diaz out-boxed Vargas over 8 rounds in his most recent performance, taking the win via UD and moving on to bigger and better things. 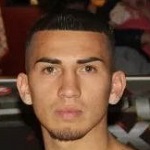 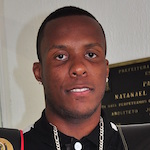