Darleys Perez's debut fight took place on February 2009 when he was 25 years of age. His career has spanned 8 years to date and whilst he's now in the later stages of his career, he has amassed a record of 33-3-2 over the course of his 38 fight career. He started his best winning streak on February 2009 however, this came to an end on March 2013. In this period he won a total of 28 fights.

In a great debut, Perez took on Edwin Ortiz in a 4 round fight, becoming the 3rd person to stop Ortiz in his 3 fight career to date. Continuing on from his successful debut, Perez continued his winning streak by winning his next 19 fights. In this time he fought and beat Edinson Garcia, Samir Torres and Patricio antonio Pedrero to name just a few, fighting 12 times in 2009 and once in 2011.

Keeping his losses at zero, Perez fought on November 19th, 2009 beating Patricio antonio Pedrero. Perez's fight against Patricio antonio Pedrero came in the 1st round of a 11 round fight via TKO. Perez became the first person to stop Pedrero. Perez's win streak of 11 rose to 28 following 17 great wins, becoming the first to stop Ramesis Gil, First to beat Bahodir Mamadjonov and first to stop Pascual Salgado.

Perez went into his next fight against Yuriorkis Gamboa on June 8th, 2013 with a career record of 28 wins. On June 8th, 2013, Perez took on and was defeated over the distance by Yuriorkis Gamboa in his first career defeat. Perez lost via UD in a valiant effort. 5 wins followed where Perez went on to fight Argenis Lopez, Jaider Parra and Jonathan Maicelo amongst others, prolonging his win streak.

Furthering his career, Perez fought Maurice Hooker with the fight ending in a draw. This took Perez's career record to 33-2-2. Perez failed to get the decision against Maurice Hooker, but at the same time avoided the loss. Both boxers fought to a draw (SD) over the 10 round bout.

On April 29th, 2017, Perez took on and was defeated by Luke Campbell meaning his career tally went to 33-3-2 Out for his 38th career fight, Perez was once again outmatched where he suffered a 9th round TKO loss in only his 2nd stoppage defeat to date. Another blow for the talented Perez. 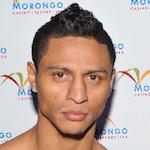