Although beaten, Yuriorkis Gamboa has gained plenty of experience over 29 fights and a 10 year long career so far. He now moves on to see just how far he can go as he approaches the later stage of his career. Gamboa's longest win streak is 23 fights between April 2007 and June 2013. His longest KO streak in his 29 fights is 8 fights long.

In an impressive debut, Gamboa kept his calm and defeated Alexan Manvelyan over 4 rounds via a judges decision. This was only the 4th time Manvelyan had been taken the full distance. Gamboa then went on to win his next 15 fights - fighting 7 times in 2007 and 3 times in 2009 racking up wins against Joel Mayo, Samuel Kebede and Marcos Ramirez amongst others.

Adailton De jesus was beaten next on October 30th, 2007 meaning Gamboa could maintain his unbeaten streak. Becoming the first person to stop Adailton De jesus, Gamboa beat De jesus via TKO in the 6th round of a 6 round fight. Fights against Darling Jimenez, Al Seeger, Johnnie Edwards and 1 other followed where he won all 4 fights taking his winning streak to 11 wins.

Next was Jonathan victor Barros on March 27th, 2010 where Gamboa took the win continuing his unbeaten streak. Gamboa really made a statement in this fight, defeating Barros via UD over the distance and crowning himself as the first person to defeat Barros in his 29 fight career to date. 5 wins followed where Gamboa went on to be the First to beat Darleys Perez, 2nd person to stop Jorge Solis and 4th person to defeat Daniel Ponce de leon.

On June 28th, 2014, Gamboa took on and was defeated by Terence Crawford in his first career defeat meaning his career tally went to 23-1-0. Terence Crawford became the first person to stop Gamboa. The win came via TKO in the 9th round of a 12 round bout. Fights against Rene Alvarado, Hylon Williams jr and Joel Montes de oca followed where he won all 3 fights taking his winning streak to 26 wins.

On November 25th, 2017, Gamboa took on and was defeated by Jason Sosa meaning his career tally went to 26-3-0 A valiant effort from Gamboa, but one that was out of his reach technically. The fight came to a close after the final bell in a MD loss for Gamboa. A setback for Gamboa pro journey for sure. 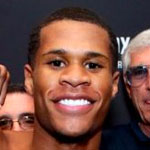 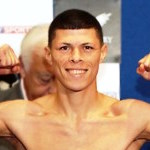