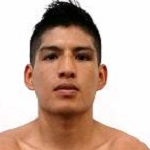 Taking the leap into the pro game, Rodriguez turned over on April 2011 and has since build up experience against 13 opponents to date. Although not having it all his own way (3 losses), Rodriguez now looks to improve on his 10 win count after last facing on October 23rd, 2018. He started his best winning streak on April 2011 however, this came to an end on March 2014. In this period he won a total of 7 fights.

A calm Rodriguez made the statement he was hoping for in a 4 round fight against Hugo Esquivel. Claiming the only stoppage defeat of Esquivel's career in round 1 of the fight via TKO. Rodriguez rise in boxing continued with 7 fights against fighters such as Jesus Romero, Eder Chimal and Jose guadalupe Lopez.

Unfortunately, the first defeat of Rodriguez's career came against Giovanni Delgado on July 28th, 2011 in Rodriguez's 3rd professional fight. Coming into the fight with high confidence Rodriguez fought his next fight against Giovanni Delgado on July 28th, 2011. Unfortunately, Rodriguez was outclassed and lost the decision on the judges scorecards taking his record to 2-1-0. Rodriguez continued his success in the next 8 fights taking his record to 9 wins, 2 losses and 0 draws.

Rodriguez's next defeat of his career came against Naoya Inoue on May 21st, 2017. This bout proved to be the toughest of Rodriguez's 13 career fights to date. Inoue was too skilful and took 3 rounds to dispose of Rodriguez. This was Rodriguez's first stoppage defeat as he looks to move on and rebuild going forwards. 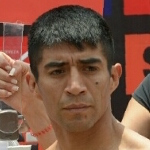 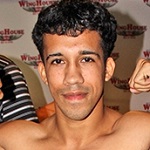