Aged 212, Xu started his career on November 2013. His record is slightly mixed currently standing at 6-1-0. Hopefully more wins will follow. He started his best winning streak on November 2013 however, this came to an end on August 2014. In this period he won a total of 4 fights.

Can Xu Vs Zhang Hong peng

Can Xu Vs Bao Dong

The first defeat of Xu's career came against Bao Dong on September 8th, 2014. This took his career record to 4-1-0. Coming into the fight with high confidence Xu fought his next fight against Bao Dong on September 8th, 2014. Unfortunately, Xu was outclassed and lost the decision on the judges scorecards taking his record to 4-1-0.

Can Xu Vs Futa Nakagishi

Xu went into his next career fight with a record of 4-1-0 and took this to 5 wins with a win against Futa Nakagishi on May 8th, 2015. Nakagishi was a great challenge for Xu, losing over the full 6 round distance and crowning Xu as the 4th person to have defeated Nakagishi. 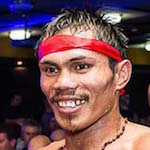 can xu KNOCKOUTS AND POWER