Starting his career in December 2002 at the age of 22, orthodox boxer David Haye has now been pro for 15 years and has built up a career of 28-4-0. Haye now moves into the final stages of his career. Haye's longest KO streak is 10 fights long out of his 32 pro career fights.

An explosive pro debut saw Haye face Tony Booth in a 4 round debut fight. David became only the 29th person to stop Booth shy of the full distance, stopping him in the 2nd. Haye's rise in boxing continued with 16 fights against fighters such as Glen Kelly, Arthur Williams and Alexander Gurov. He had a mixed start to his career but mostly successful so far.

Unfortunately, the first defeat of Haye's career came against Carl Thompson on September 10th, 2004 in Haye's 11th professional fight. Haye's fight against Carl Thompson was Haye's first stoppage defeat of his career. This came via TKO in the 5th round of a 12 round fight. 7 wins followed where Haye went on to be the first to stop Lasse Johansen, 3rd person to stop Glen Kelly and 4th person to stop Vincenzo Rossitto.

Giacobbe Fragomeni was the next fight for Haye on November 17th, 2006 and also his next career win. Haye was the first person to stop Giacobbe Fragomeni and he did it in the 9th round via TKO. Haye's win streak of 18 rose to 27 following 9 wins against boxers such as Nikolay Valuev, Tomasz Bonin, John Ruiz and 6 others.

Furthering his career, Haye fought Arnold Gjergjaj on May 21st, 2016 and continued his career to a record of 28-2-0. The win came via TKO. Haye was the first person to stop Arnold Gjergjaj and he did it in the 2nd round via TKO.

Tony Bellew was next in line for Haye where unfortunately, he was defeated on March 4th, 2017 taking his record to 28-3-0. Haye was beaten by Tony Bellew in the 10th round. Haye had only ever been stopped 2 times previously in his career.

Taking another knock in his career, Haye fought Tony Bellew on May 5th, 2018 and was defeated by Bellew. Once again Haye was in a tough fight, one that proved to be a step too far in Haye's latest fight. Opponent Bellew fought well and was rewarded with a win, and crowned only the 3rd man to stop Haye in the process. The fight ended in round 5 via TKO. 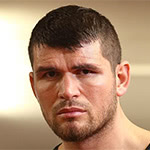 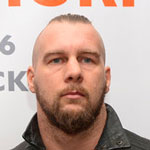