Starting his career off on March 2014, Avni Yildirim is now a 3 year pro with an ever growing wealth of experience. With 11 fights under his belt it's still unclear how far Yildirim can push himself or if we've already seen the best of him. Yildirim's longest win streak is 8 fights between March 2014 and May 2016. His longest KO streak in his 11 fights is 3 fights long.

In his first fight in March 2014, Yildirim defeated Davit Ribakoni in a 4 round fight. The fight went the full distance and secured Yildirim his first win and distance win to kick of his pro career. Maintaining a successful start proved easy for Yildirim with a further 5 wins, beating boxers such as George Aduashvili, Bernard Donfack and George Beroshvili.

Yildirim entered his next fight with 1 wins and took this to 2 with a win against George Beroshvili on February 27th, 2015. The 8 round fight ended in the 3rd round via TKO crowning Yildirim as only the 2nd to stop Beroshvili in his career. Yildirim's win streak of 2 rose to 6 following 4 great wins, becoming the 3rd person to defeat Walter gabriel Sequeira, 10th person to stop Steve Kroekel and 10th person to stop George Aduashvili (Round 2 TKO).

Furthering his career, Yildirim fought Jackson Junior on May 6th, 2016 and advanced his winning streak to 7 wins. The win happened in the 2nd round of a 12 round fight via KO. Yildirim's win streak of 7 rose to 9 following 2 wins against boxers such as Zoltan Sera and Marco antonio Periban. 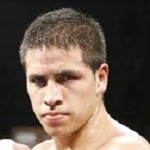