In his debut fight, Demecillo's became only the 2nd fighter to go the distance with Loloy De la pena, winning by UD in round 4 of 4. Demecillo's rise in boxing continued with 11 fights against fighters such as Edwin Frial, Dondon Jimenea and Jo-as Apericio. He had a mixed start to his career but mostly successful so far.

On August 17th, 2013, Demecillo went into action again and beat Giovanni Escaner taking the winning record to 19 wins. Demecillo really made a statement in this fight, defeating Escaner via UD over the distance and crowning himself as the first person to defeat Escaner in his 10 fight career to date.

Demecillo went into his next fight against David Sanchez on January 18th, 2014 with a career record of 19 wins. This bout proved to be the toughest of Demecillo's 22 career fights to date. Sanchez was too skilful and took 4 rounds to dispose of Demecillo. This was Demecillo's first stoppage defeat as he looks to move on and rebuild going forwards. 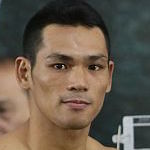