Tj Doheny started his career aged 35 on April 2012. After 11 fights, Doheny remains unbeaten with no sign of being beaten after building up his record of 11 wins and a career lasting 6 years so far. The longest KO streak that Doheny has ever had is 5 throughout his 11 fights and his longest winning streak is 11 wins. This started on April 2012 and came to an end on October 2016.

Doheny proved he was made for the pro ranks in his debut against Pichit Sithkruwin, becoming the first person in Sithkruwin's 0 fights to stop him. The fight ended in round 1 of 4. Following his debut, Doheny had an impressive start to his career as he went on to win his next 6 fights including 3 times in 2012 and 3 times in 2013 fighting the likes of as James Mokoginta, Dianever Orcales and Roberto Oyan.

Doheny then went on to fight and beat Roman Canto on September 19th, 2014 maintaining his unbeaten record. Becoming the 2nd fighter to stop Canto, Doheny beat Canto via TKO in the 9th round of a 12 round fight.

Denkaosan Kaovichit was beaten next on October 3rd, 2015 meaning Doheny could maintain his unbeaten streak. The win against Kaovichit came in the 5th round of a 12 round fight via TKO. Doheny was the 5th person to stop Kaovichit.

Doheny entered his next fight with 9 wins and took this to 10 with a win against Nouldy Manakane on December 12th, 2015. The 8 round fight ended in the 2nd round via KO crowning Doheny as only the 10th to stop Manakane in his career.

Ernesto Guerrero was beaten by Tj Doheny in Doheny's most recent fight on October 15th, 2016 to ensure his unbeaten run continued. Taking his total win streak to 11 wins, Doheny defeated Guerrero in the 8 round fight. The win came via TKO in the 2nd round. Doheny was the 14th to stop Guerrero. 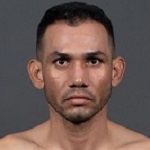