In an impressive debut, Arias kept his calm and defeated Josh Thorpe over 4 rounds via a judges decision. This was only the 3rd time Thorpe had been taken the full distance. Maintaining a successful start proved easy for Arias with a further 6 wins, beating boxers such as Arsenio Terrazas, Donyil Livingston and Joshua Robertson.

Arias entered his next fight with 10 wins and took this to 11 with a win against Jorge Silva on June 4th, 2016. The win happened in the 3rd round of a 10 round fight via TKO. 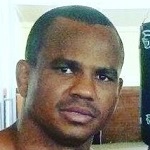