Although Juergen Braehmer has been beaten in his career, with a fight count of 50 fights and a 17 year long career he approaches the end of his career with a record of 47-3-0. He made his debut in December 1999 at the age of 21. Braehmer's longest win streak is 25 fights between December 1999 and February 2006. His longest KO streak in his 50 fights is 9 fights long.

In an impressive debut, Braehmer kept his calm and defeated Ramdane Kaouane over 4 rounds via a judges decision. This was only the 5th time Kaouane had been taken the full distance. Continuing on from his successful debut, Braehmer continued his winning streak by winning his next 25 fights. In this time he fought and beat Andre Thysse, Omar eduardo Gonzalez and Henry Porras to name just a few, fighting once in 1999, 11 times in 2000 and 13 times between 2001 and 2006.

Keeping his losses at 2, Braehmer fought on June 6th, 2009 beating Antonio Brancalion via TKO. This took his record to 31-2-0 showing quite the successful career to date. Braehmer was the first person to stop Antonio Brancalion and he did it in the 1st round via TKO. Braehmer's win streak of 31 rose to 43 following 12 great wins, becoming the first to stop Aleksy Kuziemski, First to beat Marcus Oliveira and 2nd person to stop Jose maria Guerrero.

Robin Krasniqi was the next fight for Braehmer on March 21st, 2015 and also his next career win. Krasniqi was a worthy challenger but Braehmer was too much and became the first person to stop Krasniqi via RTD during round 9.

Konni Konrad was the next fight for Braehmer on September 5th, 2015 and also his next career win. Konrad was stopped in the 7th round via RTD crowning Braehmer as the first person to stop this opponent. Braehmer then went on to win again against Eduard Gutknecht setting him up well for his next pro fight.

In Braehmer's most recent fight, Rob Brant was handed a beating by Braehmer on October 27th, 2017 to ensure his win record increased further again to 47 wins. In a great performance by Braehmer, Brant was the lesser technical boxer of the two and Braehmer came away with the UD decision, putting the first loss on Brant's record. 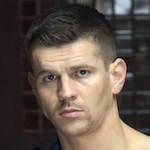 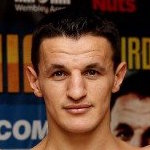 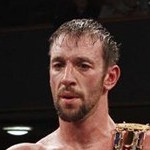