Although beaten, J'leon Love has gained plenty of experience over 25 fights and a 6 year long career so far. He now moves on to see just how far he can go as he approaches the later stage of his career. Love's longest win streak is 15 fights between January 2010 and February 2013. His longest KO streak in his 25 fights is 4 fights long.

An explosive pro debut saw Love face Vince Burkhalter in a 4 round debut fight. J'leon became only the 2nd person to stop Burkhalter shy of the full distance, stopping him in the 1st. Continuing on from his successful debut, Love continued his winning streak by winning his next 12 fights. In this time he fought and beat Joseph De los santos, Ibahiem King and Elie Augustama to name just a few, fighting 5 times in 2010 and 3 times in 2012.

Next was Jc Peterson on April 16th, 2011 where Love took the win continuing his unbeaten streak. Peterson was stopped in the 2nd round via TKO crowning Love as the first person to stop this opponent. Fights against Ibahiem King, Elie Augustama, Ramon Valenzuela jr and 4 others followed where he won all 7 fights taking his winning streak to 13 wins.

Next was Tyrone Selders on November 3rd, 2012 where Love took the win continuing his unbeaten streak. Becoming the first person to stop Tyrone Selders, Love beat Selders via TKO in the 6th round of a 8 round fight. Taking his record to 15-0-0. Love then went on to win his next fight against Derrick Findley.

Lajuan Simon was the next fight for Love on December 6th, 2013 and also his next career win. The win against Simon happened in the 6th round of a 10 round fight via KO. 2 wins followed taking Love's winning streak to 18 wins.

Love lost to Rogelio Medina in his next fight. Taking place on August 30th, 2014, Love's career record after this fight stood at 18-1-0. Medina was a push too far for Love and after a tough fight Medina became the first person to beat and stop Love in round 3. Taking his record to 20 wins, 1 losses and 0 draws, Love then went on to win a further 2 fights.

Love kept his losses at 1 by beating Marcus Upshaw on September 29th, 2015. Love's UD win against Marcus Upshaw came via judges decision of a 10 round fight. Love became the 15th person to defeat Upshaw and secured a great win.

The wins continued with the defeat of Dashon Johnson on September 16th, 2016 in Love's most recent fight taking his winning record to 23 wins. Love beat Dashon Johnson in the 6th round of a 10 round fight via TKO. Love was the 3rd fighter to stop Johnson. 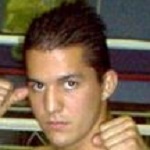