Jorge Fortea started off his pro career aged 19 and currently has a record of 10-1-1. Fortea now looks to build on the experience gained in his first 12 fights. He started his best winning streak on December 2009 however, this came to an end on October 2014. In this period he won a total of 6 fights.

Pushing his career further, Fortea fought Michael Oyono on September 27th, 2013 adding to his winning record. Michael Oyono was Fortea's next opponent of his career in 2013. The fight was scheduled for 6 and Fortea was the 6th person to go the distance with Oyono. Fortea then went on to win again against Nugzar Margvelashvili setting him up well for his next pro fight.

Fortea entered his next fight with a mostly successful record of 9-0-1 and took this to 10 wins with a win against Ion Micu on October 17th, 2014 via KO. The win happened in the 4th round of a 8 round fight via KO.

Fortea's next defeat of his career came against Kelvin Dotel on July 10th, 2015. In the latest fight of Fortea's career, Dotel was a push too far for Fortea and after a tough fight Dotel became the first person to beat and stop Fortea in round 8. Here's hoping Fortea comes back to fight again. 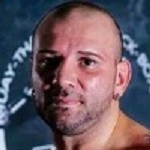 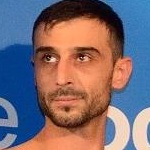 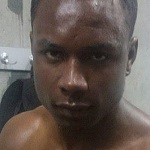