In a memorable debut Mansoori gained a TKO win against Craig Tomes in a 6 round contest, becoming the 5th person to stop Tomes. Following on from his debut, Mansoori continued his career by fighting in a further 8 fights. In this time he fought Steve Spence, Kevin Mccauley and Daryl Setterfield to name just a few, fighting once in 2009 and once in 2011 in this period.

Mansoori kept his losses at 0 by beating Nathan Graham on June 8th, 2012. Mansoori was the 2nd person to stop Nathan and he did it in the 6th round via TKO.

Adam Jones was the next fight for Mansoori on November 30th, 2012 and also his next career win. In 2012 Mansoori fought his next opponent Adam Jones and defeated him via PTS. Mansoori was the 3rd person to go the distance with Jones. Mansoori continued his success in the next 3 fights taking his record to 12 wins, 1 losses and 2 draws.

Pushing his career further, Mansoori fought Matthew Mallin on February 7th, 2014 adding to his winning record. Becoming the first person to stop Matthew Mallin, Mansoori beat Mallin via TKO in the 5th round of a 10 round fight.

The wins continued with the defeat of Gary Boulden on March 28th, 2015 in Mansoori's most recent fight taking his winning record to 14 wins. Taking his total win streak to 14 wins, Mansoori defeated Boulden in the 6 round fight. The win came via TKO in the 5th round. Mansoori was the 5th to stop Boulden. 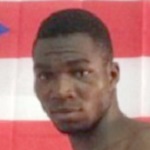