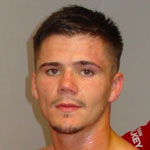 Johnny Coyle started his career aged 29 on June 2013. After 20 fights, Coyle remains unbeaten with no sign of being beaten after building up his record of 19 wins and a career lasting 2 years so far. Coyle's longest KO streak is 1 fights long out of his 20 pro career fights.

In June 2013 Coyle faced Liam Griffiths in his debut bout over 4 rounds, but only 3 were needed as Coyle became the quickest person ever to stop Griffiths via a 3 round TKO victory. Following on from his debut, Coyle continued his mostly successful career by fighting in a further 11 fights. In this time he fought Liam Richards, Philip Bowes and Jason Cook to name just a few, fighting 3 times in 2013 and 2 times in 2015 in this period.

Coyle went into his next career fight with a record of 10-0-1 and took this to 11 wins with a win against Aj Faizy on October 10th, 2015. Aj Faizy was Coyle's next opponent of his career in 2015. The fight was scheduled for 10 and Coyle was the 3rd person to go the distance with Faizy. Coyle then went on to face Ivica Gogosevic where he added another win to his tally.

Coyle kept his losses at 0 by beating Miguel Aguilar on March 3rd, 2018. Coyle secured the win over Aguilar after the final bell via PTS, resulting in Coyle being the 22nd person to defeat Aguilar.

In Coyle's most recent fight, Lewis Benson was handed a beating by Coyle on June 30th, 2018 to ensure his win record increased further again to 19 wins. This was another staggering performance by Coyle, picking apart Benson over the 10 rounds and being the first of 10 opponents to defeat Benson. 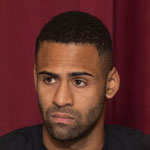