Aged 21, Foster started his career on June 2011. His unbeaten record stands at 6 wins and shows no signs of stopping anytime soon. The longest KO streak that Foster has ever had is 1 throughout his 6 fights and his longest winning streak is 6 wins. This started on June 2011 and came to an end on September 2014.

A calm Foster made the statement he was hoping for in a 4 round fight against Ralph Johnson. Claiming the only stoppage defeat of Johnson's career in round 2 of the fight via TKO. Foster's rise through the ranks continued with 4 wins against fighters such as Steven Tyner, Borngod Washington and Ralph Johnson. This took his record to 4 wins.

On June 30th, 2012, Foster went into action again and beat Steven Tyner taking the winning record to 4 wins. In 2012 Foster fought his next opponent Steven Tyner and defeated him via UD. Foster was the 6th person to go the distance with Tyner. Taking his record to 5-0-0. Foster then went on to win his next fight against Greg Hackett.

Charles Foster retained his unbeaten record in his most recent fight by beating Robert Jackson on September 20th, 2014, increasing his record to 6 wins. The latest fight for Foster was expected to be a challenging one, but Jackson was disposed of in 1 rounds as Foster moves on to greater things and claims the honour of being first person to have ever stopped Robert Jackson. 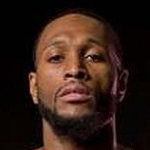