Aged 19, Gevor started his career on July 2012. His unbeaten record stands at 9 wins and shows no signs of stopping anytime soon. He started his best winning streak on July 2012 however, this came to an end on October 2015. In this period he won a total of 9 fights.

Ready to showcase his talent in the pro ranks, Gevor defeated Mihai Macovei over 4 rounds in his debut to secure his first win (PTS) against a durable Macovei. Gevor's win streak continued to amass with 5 wins against fighters such as Mihai Macovei, Jevgenijs Belitcenko and Ricards Bolotniks.

On August 16th, 2014 Gevor fought and beat Attila Palko (17-13-0) to continue his unbeaten streak. Palko was a great challenge for Gevor, losing over the full 6 round distance and crowning Gevor as the 14th person to have defeated Palko.

The unbeaten run continued with the defeat of Steve Kroekel in his latest fight on October 3rd, 2015, taking his winning record to 9 wins. Keeping his record on track, Gevor showed his boxing ability in his most recent fight, taking Steve Kroekel the distance and securing a UD decision victory in a 8 round fight. 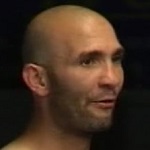