Oleg Malinovskiy started his career aged 33 on February 2012. After 14 fights, Malinovskiy remains unbeaten with no sign of being beaten after building up his record of 14 wins and a career lasting 2 years so far. He started his best winning streak on February 2012 however, this came to an end on April 2015. In this period he won a total of 14 fights.

In a memorable debut Malinovskiy gained a TKO win against Oleksandr Lytva in a 4 round contest, becoming the 3rd person to stop Lytva. Continuing on from his winning debut, Malinovskiy's winning streak continued with wins against fighters included Anzor Gamgebeli, Tornike Tortladze and Yuriy Voronin fighting 6 times in 2012 and once in 2013.

Malinovskiy entered his next fight with 12 wins and took this to 13 with a win against Giorgi Gochishvili on October 4th, 2014. The 8 round fight ended in the 3rd round via KO crowning Malinovskiy as only the 2nd to stop Gochishvili in his career.

Oleg Malinovskiy retained his unbeaten record in his most recent fight by beating Oszkar Fiko on April 18th, 2015, increasing his record to 14 wins. Taking his total win streak to 14 wins, Malinovskiy defeated Fiko in the 8 round fight. The win came via KO in the 4th round. Malinovskiy was the 6th to stop Fiko. 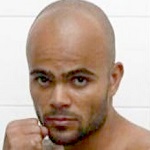