Oscar Escandon started off his pro career aged 23 and currently has a record of 25-3-0. Escandon now looks to build on the experience gained in his first 28 fights. Escandon's longest KO streak is 6 fights long out of his 28 career fights.

In a great first showing as a pro, Escandon took Luis Meza the full 4 to claim his first win and became the first person to take Meza the full distance. Escandon continued on his journey to success by fighting once in 2008, 2 times in 2009 and 11 times through 2010 and 2011 beating fighters such as Jelier Pacheco, Edison Valencia diaz and Luis Meza in his next 14 fights.

Escandon then went on to fight and beat Jesus marcelo andres Cuellar on October 15th, 2011 maintaining his unbeaten record. Becoming the first person to stop Jesus marcelo andres Cuellar, Escandon beat Cuellar via TKO in the 7th round of a 12 round fight. Escandon then went on to win a further 5 fights taking his record to 22 wins, 0 losses and 0 draws.

Unfortunately, the first defeat of Escandon's career came against Nehomar Cermeno on August 10th, 2013 in Escandon's 23rd professional fight. Escandon's technical boxing ability was put to the test as he got outpointed in the 12 round fight against the better man. Cermeno gave Escandon his first professional loss of his 23 fight career to date.

Pushing his career further, Escandon fought Julian evaristo Aristule on August 8th, 2014 adding to his winning record. Escandon was the first person to stop Julian evaristo Aristule and he did it in the 6th round via KO. Escandon's record of 24-2-0 came following 2 fights against boxers such as 3rd person to beat Tyson Cave and fought Moises Flores

Pushing his career further, Escandon fought Robinson Castellanos on March 5th, 2016 adding to his winning record. The win against Castellanos came in the 7th round of a 12 round fight via KO. Escandon was the 7th person to stop Castellanos.

On May 20th, 2017, Escandon took on and was defeated by Gary Russell jr meaning his career tally went to 25-3-0 Escandon never really got going in his latest fight vs Russell jr. Russell jr was the better man and became the first fighter to stop Escandon in a round 7 TKO shutout. 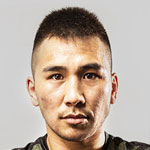 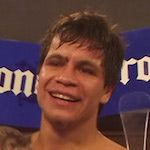 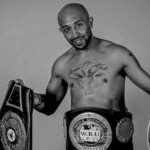