Michael Wallisch, born November 1st 1985 made his debut in March 2010. After not putting a foot wrong in 15 fights so far and building an unbeaten record of 15-0-0 it's still unclear just how far Wallisch can go at the age of 35. He started his best winning streak on March 2010 however, this came to an end on January 2016. In this period he won a total of 15 fights.

In a memorable debut Wallisch gained a TKO win against Taras Varava in a 4 round contest, becoming the 3rd person to stop Varava. Wallisch built on his successful start to his career by fighting 6 times in 2010 and 2 times in 2011 which included fights against Serdar Uysal, Yakup Saglam and Pavels Dolgovs to name just a few.

On March 1st, 2014, Wallisch was in action again beating Frank Schadwill taking his win streak to 12 wins. Becoming the first person to stop Frank Schadwill, Wallisch beat Schadwill via KO in the 2nd round of a 10 round fight. Wallisch then went on to win again against Edgars Kalnars setting him up well for his next pro fight.

Next was Ivica Perkovic on November 15th, 2014 where Wallisch took the win continuing his unbeaten streak. Wallisch was the 11th person to stop Ivica and he did it in the 5th round via RTD.

Michael Wallisch retained his unbeaten record in his most recent fight by beating Ivica Bacurin on January 9th, 2016, increasing his record to 15 wins. Wallisch became only the 9th person to defeat Ivica Bacurin in his 32 long fight career, taking his win tally to 15 via the judges decision (UD, round 12). 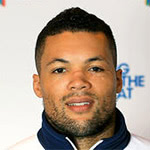