Although beaten, Jonathan Arrellano has gained plenty of experience over 22 fights and a 6 year long career so far. He now moves on to see just how far he can go as he approaches the later stage of his career. Arrellano's longest KO streak is 1 fights long out of his 22 pro career fights.

In an impressive debut, Arrellano kept his calm and defeated Rufino Serrano over 4 rounds via a judges decision. This was only the 3rd time Serrano had been taken the full distance. Arrellano continued his mostly successful career with numerous fights following his debut against boxers including Shawn Nichol, Francis Ruiz and Michael Ruiz jr. Fights included fighting 4 times in 2009 and 4 times in 2011.

On October 7th, 2010, Arrellano went into action again and beat Abel Gomez taking the winning record to 6 wins. Continuing his career, Arrellano fought Abel Gomez in 2010 over 4 rounds. Arrellano was the 3rd person to go the distance with Abel Gomez. Arrellano then went on to win a further 7 fights taking his record to 13 wins, 0 losses and 1 draws.

Arrellano went into his next career fight with a record of 14-4-2 and took this to 15 wins with a win against Jorge Sillas on August 1st, 2014. Arrellano was the 14th person to beat Jorge Sillas where he showed his talent as a technical boxer, beating him over 6 rounds in his 21st professional fight.

Arrellano went into his next fight against Claudio Marrero on February 27th, 2016 with a career record of 15 wins. Opponent Marrero fought well and proved he was technically superior to Arrellano over the full 6 round fight. The fight came to a close after the final bell, Marrero the victor on the judges decision (UD), with Arrellano left wondering where his career will go next. 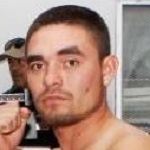