In a memorable debut Bence gained a TKO win against Leonard Collier in a 4 round contest, becoming the 4th person to stop Collier. Maintaining a successful start proved easy for Bence with a further 6 wins, beating boxers such as Pavels Dolgovs, Harold Sconiers and Dwayne Storey.

On June 8th, 2013 Bence fought and beat Eric Barrak (7-0-0) to continue his unbeaten streak. Bence's fight against Eric Barrak came in the 5th round of a 8 round fight via KO. Bence became the first person to stop Barrak.

On August 30th, 2014, Bence went into action again and beat Rob Nichols taking the winning record to 10 wins. Continuing his career, Bence fought Rob Nichols in 2014 over 6 rounds. Bence was the 5th person to go the distance with Rob Nichols.

The next defeat of Bence's career came against Sylvera Louis on October 25th, 2014. This took his career record to 10-2-0. Bence fought and was defeated by Sylvera Louis. Bence was the 5th person to go the distance with this opponent resulting in the eventual loss of the fight. 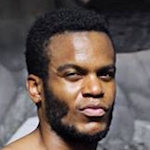