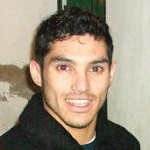 Mauro maximiliano Godoy, aged 22 started his pro career on June 2018 against Jose luis Kippes where he started his current unbeaten streak as he moves mid way into his current 20 fight career. Godoy's longest KO streak is 2 fights long out of his 20 career fights.

In a great debut, Godoy took on Jose luis Kippes in a 4 round fight, becoming the 4th person to stop Kippes in his 8 fight career to date. Continuing on from his winning debut, Godoy's winning streak continued with wins against fighters included Marcelo gaston Barros, Miguel leonardo Caceres and Ariel orlando Garcia fighting once in 2011 and 3 times in 2013.

Godoy then went on to fight and beat Federico jesus benjamin Malespina on May 9th, 2014 maintaining his unbeaten record. Malespina was stopped in the 5th round via TKO meaning Godoy was the 2nd person to stop this opponent.

Godoy entered his next fight with 15 wins and took this to 16 with a win against Abel isaac Casco on June 14th, 2014. The win happened in the 4th round of a 8 round fight via KO. Godoy then went on to win again against Nelson fabian Pilotti setting him up well for his next pro fight.

Godoy then went on to fight and beat Cesar david Inalef on September 19th, 2014 maintaining his unbeaten record. Godoy secured the win over Inalef after the final bell via UD, resulting in Godoy being the 4th person to defeat Inalef.

Keeping his losses at zero, Godoy fought on August 4th, 2017 beating Gabriel fernando Punalef calfin. The win came in the 1st round of a 10 round fight via TKO. Godoy was the 4th person to stop Gabriel fernando in his career.

Ensuring he remained unbeaten, Mauro maximiliano Godoy's next fight against Samuel Vargas on June 2nd, 2018 ended in a draw In a close fight over 10 rounds, there wasn't much to split Godoy and Samuel Vargas. The fight ended in a disappointing MD draw. 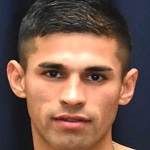 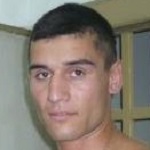 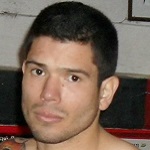 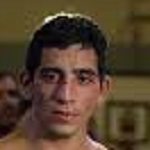