Although beaten, Cristian rafael Coria has gained plenty of experience over 26 fights and a 9 year long career so far. He now moves on to see just how far he can go as he approaches the later stage of his career. Between April 2006 and December 2008, Coria had his longest winning streak of 8 fights. In his 26 fights, his longest KO streak is 4 fights long.

An explosive pro debut saw Coria face Mario ariel Herrera in a 4 round debut fight. Cristian rafael became only the 4th person to stop Herrera shy of the full distance, stopping him in the 3rd. Coria continued his pro journey, which was mostly successful at this point, by fighting 13 fights following his debut. Fights against boxers such as Hugo Reynoso, Cesar celso nazario Romero and Fernando emanuel Guevara followed including 2 times in 2006, once in 2007 and 10 times between 2008 and 2011.

On December 7th, 2007 Coria fought and beat Hugo Reynoso (2-0-0) to continue his unbeaten streak. Continuing his career, Coria fought Hugo Reynoso in 2007 over 4 rounds. Coria was the 3rd person to go the distance with Hugo Reynoso. Fights against Javier Mendoza suarez, Juan pablo Segundo and Wilson Paredes fuentes followed where he won all 3 fights taking his winning streak to 6 wins.

Sergio rolando Coria was beaten next on October 10th, 2008 meaning Coria could maintain his unbeaten streak. Becoming the 3rd fighter to stop Coria, Coria beat Coria via KO in the 2nd round of a 6 round fight. Coria continued his success in the next 8 fights taking his record to 14 wins, 0 losses and 1 draws.

Taking a knock to his career, Coria fought and was defeated by Juan eleuterio Lencina on June 22nd, 2012 taking his record to 14-1-1. On June 22nd, 2012, Coria took on and was defeated over the distance by Juan eleuterio Lencina in his first career defeat. Coria lost via UD in a valiant effort. Fights against boxers including Gustavo david Bermudez, Diego alberto Chaves and Jorge samuel Fredes followed where he won 8 fights taking his winning streak to 21 wins.

Sergio mauricio Gil was next in line for Coria where unfortunately, he was defeated on August 8th, 2014 taking his record to 21-3-1. Coria fought a brave fight but in the end was outclassed by Sergio mauricio Gil over the 12 distance.

Cristian rafael Coria went into his fight with Sergio alejandro Blanco on November 20th, 2015 with 21 wins and he added another win to his record taking it to 22 wins by beating Blanco. Sergio alejandro Blanco was little match for Coria, as Coria became only the 30th person to defeat Blanco in his most recent fight. The fight went the distance via UD decision. 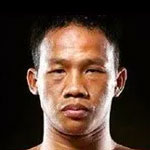 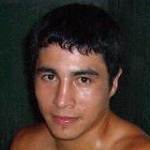