After a debut fight on October 2004, Fernando ezequiel Pereyra (age 35) has now built a record of 15 wins, 4 losses, 0 draws over a 19 fight career so far. Pereyra's longest KO streak is 2 fights long out of his 19 career fights.

In a great first showing as a pro, Pereyra took Walter Acuna the full 4 to claim his first win and became the first person to take Acuna the full distance. Pereyra continued his pro journey by fighting 10 fights following their debut. Fights against boxers such as Bernardino Gonzalez, Francisco nicolas Benitez and Diego nicolas Ledesma followed including once in 2004, once in 2005 and 8 times through 2006 and 2007.

Pereyra went into his next fight against Luis carlos Abregu on April 16th, 2005 with a career record of 1 wins. Pereyra's technical boxing ability was put to the test as he got outpointed in the 4 round fight against the better man. Abregu gave Pereyra his first professional loss of his 2 fight career to date. Fights against Cristian ricardo Rizzo, Bernardino Gonzalez, Diego nicolas Ledesma and 2 others followed where he won all 5 fights taking his winning streak to 6 wins.

Pereyra went into his next fight against Oscar daniel Veliz on December 5th, 2009 with a career record of 15-3-0. A valiant but fruitless effort for Pereyra. Pereyra fell just short and was defeated by Veliz over the full 12 round distance.

Pereyra went into his next fight against Billi facundo Godoy on July 24th, 2010 with a career record of 15 wins. Pereyra never really got going in his latest fight vs Godoy. Godoy was the better man and became the first fighter to stop Pereyra in a round 1 KO shutout. 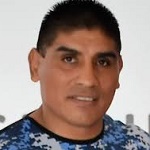 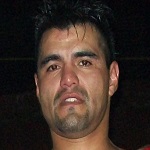 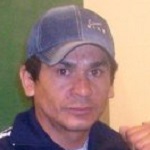