Roman Andreev, born April 20th 1986 made his debut in July 2008. After not putting a foot wrong in 17 fights so far and building an unbeaten record of 17-0-0 it's still unclear just how far Andreev can go at the age of 36. The longest win streak that Andreev has ever recorded was between July 2008 and July 2017 when it totaled 17 wins. Andreev's longest KO streak is 4 fights long.

Andreev proved he was made for the pro ranks in his debut against Bahtiyar Gadjiyev, becoming the first person in Gadjiyev's 0 fights to stop him. The fight ended in round 2 of 4. Maintaining a successful start proved easy for Andreev with a further 9 wins, beating boxers such as Bayram Mukhamedov, Devarise Crayton and Tuomo Eronen.

On April 30th, 2009 Andreev fought and beat Rustam Shidginov (0-2-0) to continue his unbeaten streak. Rustam Shidginov was Andreev's next opponent of his career in 2009. The fight was scheduled for 6 and Andreev was the 3rd person to go the distance with Shidginov. Andreev took on another 2 opponents next, racking up wins against Bayram Mukhamedov and Tuomo Eronen.

Jahongir Rahimov was beaten next on December 25th, 2009 meaning Andreev could maintain his unbeaten streak. Andreev was the 3rd person to go the distance with Rahimov. Andreev fought Jahongir Rahimov in 2009, the result was via UD. Andreev's win streak of 8 rose to 12 following 4 great wins, becoming the 6th person to go the distance with Manuel Delcid, 5th person to stop Devarise Crayton and 16th person to stop Alexander Saltykov (Round 2 TKO).

Keeping his losses at zero, Andreev fought on September 18th, 2012 beating Claudinei Lacerda. Becoming the 2nd fighter to stop Lacerda in his career, Andreev beat Lacerda via TKO in the 2nd round of a 8 round fight. Andreev fought boxers including Miguel Aguilar and Ramadhani Shauri and he went on to win another 2 fights.

Keeping his losses at zero, Andreev fought on March 26th, 2016 beating Oszkar Fiko. The 8 round fight ended in the 2nd round via TKO crowning Andreev as only the 8th to stop Fiko in his career.

Patrick Malinga was beaten by Roman Andreev in Andreev's most recent fight on July 6th, 2017 to ensure his unbeaten run continued. Andreev was the 8th fighter to stop Malinga in round 1 of a 12 round fight, Andreev won via TKO. 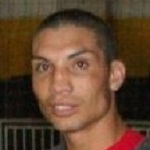