A calm Ramirez made the statement he was hoping for in a 0 round fight against Mario Amparan. Claiming the only stoppage defeat of Amparan's career in round 6 of the fight via TKO. Ramirez continued his pro journey, which was mostly successful at this point, by fighting 56 fights following his debut. Fights against boxers such as Aurelio Muniz, Aurelio Muniz and Frankie Crawford followed including 11 times in 1973, 8 times in 1974 and 37 times between 1975 and 1979.

Taking the first knock of his career, Ramirez fought Sergio Enriquez on April 30th, 1975 and was defeated by Enriquez. On April 30th, 1975, Ramirez took on and was defeated over the distance by Sergio Enriquez in his first career defeat. Ramirez lost via PTS in a valiant effort. Fights against Frankie Crawford, Rosendo Ramirez, Aurelio Muniz and 19 others followed where he won all 22 fights taking his winning streak to 43 wins.

Ramirez lost to Ruben Olivares in his next fight. Taking place on April 28th, 1978, Ramirez's career record after this fight stood at 43-2-0. Taking a huge blow to Ramirez's confidence, Olivares proved to be too much and stopped Ramirez early, becoming the first person to defeat Ramirez via stoppage. 41 wins followed where Ramirez went on to fight Ezequiel cocoa Sanchez, Jorge Morales and Aurelio Muniz amongst others, prolonging his win streak.

Edwin Rosario was next in line for Ramirez where unfortunately, he was defeated on May 1st, 1983 taking his record to 82-5-0. In 1983 Ramirez fought his next opponent Edwin Rosario and was defeated by him via UD. Ramirez was the 2nd person to go the distance with Rosario. Fights against Martin Quiroz, Manuel Sanchez, Joe Gallardo and 2 others followed where he won all 5 fights taking his winning streak to 87 wins.

Edwin Rosario was Ramirez's next fight on November 3rd, 1984 and also the next win in his career via TKO. This took his record to 88-5-0 showing a mainly successful career to date. Rosario was stopped in the 4th round via TKO meaning Ramirez was the first person to stop this opponent. Ramirez continued his success in the next 16 fights taking his record to 102 wins, 7 losses and 0 draws.

Ramirez lost to Pernell Whitaker in his next fight. Taking place on August 20th, 1989, Ramirez's career record after this fight stood at 102-8-0. Outclassed, Ramirez took another loss as the judges awarded Whitaker the UD win on a great performance.

On March 24th, 1990, Ramirez took on and was defeated by Juan martin Coggi meaning his career tally went to 102-9-0 Showing he is not at the level he once was, Ramirez took a decision loss to end his 111 fight career. The fight ended in a UD loss for Ramirez. 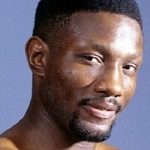