Alantez Fox started off his pro career aged 18 and currently has a record of 14-1-1. Fox now looks to build on the experience gained in his first 16 fights. The longest win streak that Fox has ever recorded was between July 2010 and February 2012 when it totaled 7 wins. Fox's longest KO streak is 3 fights long.

In his debut fight, Fox's became only the 3rd fighter to go the distance with Kelvin Kibler, winning by UD in round 4 of 4. Fox rise in boxing continued with 8 fights against fighters such as Corey Preston, Fitzgerald Johnson and Mike Denby.

On September 7th, 2013, Fox went into action again and beat Zain Shah taking the winning record to 12 wins. Fox was the 3rd person to go the distance with Shah. Fox fought Zain Shah in 2013, the result was via UD. Fox then went on to face Jonathan Garcia where he added another win to his tally.

Fox entered his next fight with a mostly successful record of 13-0-1 and took this to 14 wins with a win against Todd Manuel on November 13th, 2015 via RTD. Becoming the 3rd fighter to stop Manuel in his career, Fox beat Manuel via RTD in the 4th round of a 8 round fight. 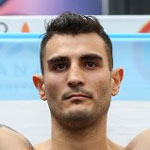