Having started off in the pro game in June 2012 and having built a perfect unbeaten record of 10-0-0, Smith (age 28) now looks to move into the later stages of his career and step up against some of the top prospects in the division. The longest KO streak that Smith has ever had is 2 throughout his 10 fights and his longest winning streak is 10 wins. This started on June 2012 and came to an end on May 2015.

An explosive pro debut saw Smith face James Ancliff in a 4 round debut fight. Mitchell became only the 7th person to stop Ancliff shy of the full distance, stopping him in the 3rd. Continuing on from his winning debut, Smith's winning streak continued with wins against fighters included Ibrar Riyaz, James Ancliff and Igor Tsujev fighting 5 times in 2012.

Keeping his losses at zero, Smith fought on February 22nd, 2014 beating Mark Evans. Smith's fight against Mark Evans came in the 2nd round of a 8 round fight via TKO. Smith became the first person to stop Evans.

Next was Peter Cope on July 16th, 2014 where Smith took the win continuing his unbeaten streak. In what was a true showing of Smith's technical ability, Smith got the decision in the 10 round fight, and became the first person to beat Cope.

Cristian Palma was beaten by Mitchell Smith in Smith's most recent fight on May 9th, 2015 to ensure his unbeaten run continued. Smith beat Cristian Palma in the 5th round of a 10 round fight via KO. Smith was the 6th fighter to stop Palma. 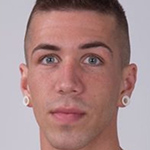