In his debut fight, Morales's became only the 2nd fighter to go the distance with Damian Anto, winning by UD in round 4 of 4. Morales continued his pro journey by fighting 6 fights following their debut. Fights against boxers such as Ivan Ruiz garrido, Damian Anto and Antonio joao Bento followed including 3 times in 2011 and once in 2013.

On September 24th, 2011, Morales took on and was defeated by Mohamed El mourabit in his first career defeat meaning his career tally went to 1-1-0. Taking the first setback of his career, the September 24th, 2011 El mourabit defeat went the full distance and ended via UD. Fights against Antonio joao Bento, Andoni Alonso, Antonio joao Bento and 5 others followed where he won all 8 fights taking his winning streak to 9 wins.

Morales kept his losses at 1 by beating Ryan Peleguer on June 28th, 2014. Morales's UD win against Ryan Peleguer came via judges decision of a 6 round fight. Morales became the 13th person to defeat Peleguer and secured a great win.

The wins continued with the defeat of Vitaly Shivanov on September 26th, 2014 in Morales's most recent fight taking his winning record to 11 wins. Morales became only the 32nd person to defeat Vitaly Shivanov in his 36 long fight career, taking his win tally to 11 via the judges decision (UD, round 6). 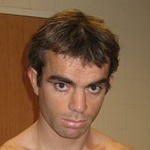