Hakim Zoulikha started off his pro career aged 21 and currently has a record of 22-8-0. Zoulikha now looks to build on the experience gained in his first 30 fights. Between February 2008 and November 2011, Zoulikha had his longest winning streak of 13 fights. In his 30 fights, his longest KO streak is 4 fights long.

An explosive pro debut saw Zoulikha face Youssouf Doumbia in a 4 round debut fight. Hakim became only the 2nd person to stop Doumbia shy of the full distance, stopping him in the 3rd. Zoulikha continued his mostly successful career with numerous fights following his debut against boxers including Ilir Mustafa, Marijan Markovic and Tadas Jonkus. Fights included fighting 7 times in 2008 and 5 times in 2010.

On March 15th, 2008, Zoulikha took on and was defeated by Abdelhader Kessaghli in his first career defeat meaning his career tally went to 1-1-0. Taking the first setback of his career, the March 15th, 2008 Kessaghli defeat went the full distance and ended via PTS. Zoulikha then went on to win a further 16 fights taking his record to 16 wins, 2 losses and 0 draw.

Taking a knock to his career, Zoulikha fought and was defeated by Robin Krasniqi on January 7th, 2012 taking his record to 16-3-0. Krasniqi was a fight too far for Zoulikha and after a rough fight Krasniqi became the first person to stop Zoulikha in round 12. Zoulikha fought boxers including Sofiane Sebihi and Jindrich Velecky and he went on to win another 2 fights.

Robert Woge was next in line for Zoulikha where unfortunately, he was defeated on February 2nd, 2013 taking his record to 18-4-0. Zoulikha fought Robert Woge and was defeated via TKO in the 12 round bout. This was Zoulikha's 2nd stoppage defeat in his career which came in the 11th round. Zoulikha then went on to win a further 4 fights taking his record to 21 wins, 5 losses and 0 draw.

Sullivan Barrera was next in line for Zoulikha where unfortunately, he was defeated on July 25th, 2015 taking his record to 21-8-0. Barrera upset Zoulikha in a 10 round fight, stopping him in the 8th round and becoming only the 3rd person to stop Zoulikha.

Ensuring he added another win to his tally, Hakim Zoulikha defeated Hugo Kasperski on March 12th, 2016 in his latest fight. Only the 7th man to defeat Kasperski, Zoulikha made an impressive appearance in his latest outing, earning himself a UD win. 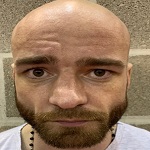