Starting off his pro career on August 2007 age 21, Iago Kiladze has had a total of 22 fights - 21 wins, 1 losses, and 0 draws. 14 of the wins coming via stoppage. The longest win streak that Kiladze has ever recorded was between August 2007 and November 2012 when it totaled 20 wins. Kiladze's longest KO streak is 5 fights long.

Staritng his career off in tremendous fashion in August 2007, Kiladze became the 4th quickest fighter to have ever stopped Alexander Obozov. The fight ended in round 4 via TKO stoppage. Kiladze continued on his journey to success by fighting 3 times in 2007 and 4 times in 2009 beating fighters such as Isroil Qurbonov, Dmitry Adamovich and Alexander Obozov in his next 11 fights.

Oleksiy Karpenko was beaten next on November 29th, 2008 meaning Kiladze could maintain his unbeaten streak. Showing his class against Karpenko, Kiladze was the 2nd person to go the distance with this opponent. 4 wins followed where Kiladze went on to be the 14th person to stop Dmitry Adamovich (Round 3 TKO), 2nd person to stop Yuriy Horbenko and 5th person to beat Isroil Qurbonov.

Denys Simkin was up next for Kiladze on December 24th, 2009. Kiladze continued with his winning streak by beating Simkin. Continuing his career, Kiladze fought Denys Simkin in 2009 over 6 rounds. Kiladze was the 2nd person to go the distance with Denys Simkin. Kiladze's win streak of 12 rose to 16 following 4 great wins, becoming the 4th person to stop Zoltan Czekus, 4th person to stop Matthias Sandow (Round 2 TKO) and 4th person to beat Arturs Kulikauskis.

Keeping his losses at zero, Kiladze fought on January 10th, 2012 beating Jozsef Nagy. Nagy was stopped in the 2nd round via TKO meaning Kiladze was the 7th person to stop this opponent in his career. Kiladze fought boxers including Ismail Abdoul and Julien Perriaux and he went on to win another 2 fights.

Ensuring he added another win to his tally, Iago Kiladze defeated Attila Palko on April 12th, 2014 in his latest fight. Taking his total win streak to 21 wins, Kiladze defeated Palko in the 8 round fight. The win came via TKO in the 3rd round. Kiladze was the 8th to stop Palko. 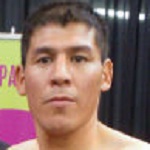