Born May 9th 1986 Jason Welborn (aged 33) has built up a good career record of 17-3-0. With plenty of experience and now 20 fights as a pro, Welborn hopes to move on to better things in future as he moves into the later stages of his career. The longest win streak that Welborn has ever recorded was between December 2005 and November 2012 when it totaled 10 wins. Welborn's longest KO streak is 3 fights long.

A calm Welborn made the statement he was hoping for in a 6 round fight against Jamie Ambler. Claiming the only stoppage defeat of Ambler's career in round 1 of the fight via TKO. Following his debut, Welborn had an impressive start to his career as he went on to fight 10 fights including once in 2005, 2 times in 2006 and 7 times between 2007 and 2012 against fighters such as Sean Mckervey, Jamie Ambler and James Flinn.

Welborn went into his next fight against Tyan Booth on February 27th, 2006 with a career record of 1 wins. Booth was a push too far for Welborn and after a tough fight Booth became the first person to beat and stop Welborn in round 3. Welborn then went on to win a further 8 fights taking his record to 9 wins, 1 losses and 0 draws.

Welborn kept his losses at 1 by beating Scott Haywood on June 22nd, 2012. The win against Haywood came in the 5th round of a 10 round fight via RTD. Welborn was the 3rd person to stop Haywood. Welborn then went on to win again against Jan Balog setting him up well for his next pro fight.

Taking a knock to his career, Welborn fought and was defeated by Liam Smith on July 26th, 2014 taking his record to 15-3-0. Welborn's fight against Liam Smith was Welborn's 3rd stoppage defeat which came via KO in the 6th round of the fight.

Welborn went into his next career fight with a record of 15-3-0 and took this to 16 wins with a win against Ryan Aston on June 6th, 2015. Aston was a great challenge for Welborn, losing over the full 10 round distance and crowning Welborn as the 2nd person to have defeated Aston.

Jason Welborn added another win to his record by beating Adam Jones on March 19th, 2016, upping his record to 17 wins. Only the 14th man to defeat Jones, Welborn made an impressive appearance in his latest outing, earning himself a PTS win. 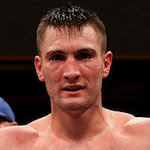