Born March 15th 1981, orthodox fighter Bradley Pryce started his career in July 1999 at the age of 18 and has now been pro for 15 years, fighting a total of 53 times. The longest win streak that Pryce has ever recorded was between July 1999 and June 2002 when it totaled 16 wins. Pryce's longest KO streak is 4 fights long.

In July 1999, Pryce took Dave Hinds the full 4 round distance in a PTS decision debut win on the judges scorecards. Pryce continued his mostly successful career with numerous fights following his debut against boxers including Sergey Stepkin, Ivan Kirpa and Gavin Down. Fights included fighting 3 times in 1999, 5 times in 2000 and 18 times between 2001 and 2005.

Bradley Pryce Vs Gavin Down

Gavin Down was up next for Pryce on February 12th, 2002. Pryce continued with his winning streak by beating Down. Down was stopped in the 9th round via TKO crowning Pryce as the first person to stop this opponent. 2 wins followed taking Pryce's winning streak to 16 wins.

The first defeat of Pryce's career came against Ted Bami on August 17th, 2002. This took his career record to 16-1-0. Bami was a push too far for Pryce and after a tough fight Bami became the first person to beat and stop Pryce in round 6. Pryce then went on to face Craig Lynch where he added another win to his tally.

On February 1st, 2003, Pryce took on and was defeated by Neil Sinclair meaning his career tally went to 17-2-0. Sinclair upset Pryce in a 12 round fight, stopping him in the 8th round and becoming only the 2nd person to stop Pryce.

Pushing his career further, Pryce fought Anthony Small on July 14th, 2007 adding to his winning record. Pryce was the first person to stop Anthony Small and he did it in the 7th round via TKO.

Taking a knock to his career, Pryce fought and was defeated by Lee Markham on September 27th, 2014 taking his record to 35-17-0. Pryce boxing ability was put under heavy scrutiny in the Markham fight, a test too far for Pryce as he lost via PTS in a judges decision over the 10 round distance.

Pryce went into his next fight against Rick Skelton on February 28th, 2015 with a career record of 35 wins. This latest challenge for Pryce proved to be too much for him, taking a PTS loss to the better technical fighter over the 10 rounds and leaving Pryce wondering which direction his career will head next. 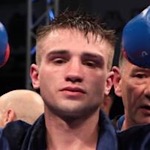 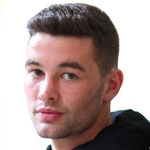