After a debut fight on November 2007, Jason Hastie (age 34) has now built a record of 9 wins, 2 losses, 0 draws over a 11 fight career so far. The longest win streak that Hastie has ever recorded was between November 2007 and December 2010 when it totaled 7 wins. Hastie's longest KO streak is 1 fights long.

In an impressive debut, Hastie kept his calm and defeated Michael Crossan over 4 rounds via a judges decision. This was only the 6th time Crossan had been taken the full distance. Maintaining a successful start proved easy for Hastie with a further 6 wins, beating boxers such as Mark Bett, Michael Crossan and Mark Bett.

Hastie went into his next fight against James Ancliff on February 25th, 2011 with a career record of 7 wins. Ancliff was a push too far for Hastie and after a tough fight Ancliff became the first person to beat and stop Hastie in round 5. Hastie's wins continued and went from 7 wins to 8 after he then defeated Johnny Greaves.

Hastie went into his next fight against Youssef Al hamidi on December 11th, 2011 with a career record of 8-2-0. A valiant but fruitless effort for Hastie. Hastie fell just short and was defeated by Al hamidi over the full 6 round distance.

Ensuring he added another win to his tally, Jason Hastie defeated Sid Razak on April 14th, 2012 in his latest fight. Sid Razak was little match for Hastie, as Hastie became only the 85th person to defeat Razak in his most recent fight. The fight went the distance via PTS decision. 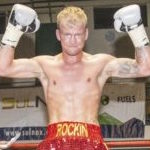