Martin Gethin's debut fight took place on November 2004 when he was 21 years of age. His career has spanned 12 years to date and whilst he's now in the later stages of his career, he has amassed a record of 26-8-1 over the course of his 35 fight career. He started his best winning streak on November 2004 however, this came to an end on January 2013. In this period he won a total of 9 fights.

Starting as he means to go on, Gethin got off to an explosive start in his debut, defeating Kristian Laight in 4 rounds and becoming the only person to have stopped Laight to date. Gethin's rise in boxing continued with 18 fights against fighters such as Nadeem Siddique, John Fewkes and Fabian Luque. He had a mixed start to his career but mostly successful so far.

Gethin kept his losses at 0 by beating Nadeem Siddique on July 11th, 2008. Siddique was a worthy challenger but Gethin was too much and became the first person to stop Siddique via TKO during round 7.

Keeping his losses at 0, Gethin fought on September 5th, 2008 beating John Fewkes via TKO. This took his record to 15-0-1 showing quite the successful career to date. Fewkes was stopped in the 4th round via TKO meaning Gethin was the first person to stop this opponent.

Gethin went into his next fight against Scott Lawton on December 6th, 2008 with a career record of 15-1-1. Scott Lawton became the first person to stop Gethin. The win came via TKO in the 9th round of a 10 round bout. Fights against boxers including Stuart Green, Carl Johanneson and Ben Murphy followed where he won 11 fights taking his winning streak to 24 wins.

On May 14th, 2016, Gethin went into action again and beat Fonz Alexander taking the winning record to 26 wins. Alexander was a great challenge for Gethin, losing over the full 4 round distance and crowning Gethin as the 9th person to have defeated Alexander.

The next defeat of Gethin's career came against Jack Catterall on April 8th, 2017. This took his career record to 26-8-1. A great performance by opponent Catterall added a 5th stoppage defeat to Gethin's career. Gethin was outmatched and the fight was brought to a halt in round 3 via TKO. 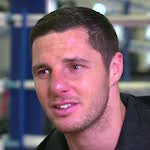 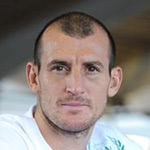