Although beaten, Keandrae Leatherwood has gained plenty of experience over 17 fights and a 5 year long career so far. He now moves on to see just how far he can go as he approaches the later stage of his career. Leatherwood's longest win streak is 9 fights between June 2008 and August 2011. His longest KO streak in his 17 fights is 3 fights long.

Getting rid of his debut fight nerves early, Leatherwood took on Eddie Mcdonald in June 2008 and claimed a stoppage victory (round 1, KO). Leatherwood was the first person to have ever stopped Mcdonald. Maintaining a successful start proved easy for Leatherwood with a further 9 wins, beating boxers such as Martez Barnes, Moises Martinez and Eddie Gates.

Next was Tyrone Dowdy on November 1st, 2008 where Leatherwood took the win continuing his unbeaten streak. In 2008 Leatherwood fought his next opponent Tyrone Dowdy and defeated him via UD. Leatherwood was the 6th person to go the distance with Dowdy. Fights against Martez Barnes, Eddie Gates, Moises Martinez and 2 others followed where he won all 5 fights taking his winning streak to 9 wins.

Taking the first knock of his career, Leatherwood fought John Jackson on December 16th, 2011 and was defeated by Jackson. Jackson was a push too far for Leatherwood and after a tough fight Jackson became the first person to beat and stop Leatherwood in round 6. Leatherwood continued his success in the next 2 fights taking his record to 10-1-1

Pushing his career further, Leatherwood fought Marcus Brooks on October 13th, 2012 adding to his winning record. Becoming the 2nd fighter to stop Brooks, Leatherwood beat Brooks via TKO in the 3rd round of a 6 round fight. Leatherwood then went on to fight a further 2 fights taking his record to 12-2-1

On December 15th, 2013, Leatherwood went into action again and beat Scoey Fields taking the winning record to 13 wins. Fields was stopped in the 2nd round via TKO meaning Leatherwood was the 15th person to stop this opponent.

Keandrae Leatherwood went into his fight with Mickey Scarborough on April 5th, 2014 with 13 wins and he added another win to his record taking it to 14 wins by beating Scarborough. Taking his total win streak to 14 wins, Leatherwood defeated Scarborough in the 6 round fight. The win came via KO in the 1st round. Leatherwood was the 7th to stop Scarborough. 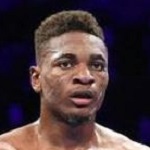