Mike Lee, aged 22 started his pro career on June 2016 against Emmit Woods where he started his current unbeaten streak as he moves mid way into his current 14 fight career. The longest KO streak that Lee has ever had is 3 throughout his 14 fights and his longest winning streak is 14 wins. This started on May 2010 and came to an end on June 2016.

Lee's pro career began against Emmit Woods (0-3-1) in a 4 round contest. Lee got the UD win via a judges decision. Maintaining a successful start proved easy for Lee with a further 7 wins, beating boxers such as Michael Birthmark, Alex Rivera and Jacob Stiers.

Jacob Stiers was beaten next on September 16th, 2011 meaning Lee could maintain his unbeaten streak. Showing his class against Stiers, Lee was the 3rd person to go the distance with this opponent. Fights against Paul Harness, Eliseo Durazo, Tyler Seever and 1 other followed where he won all 4 fights taking his winning streak to 11 wins.

Peter Lewison was up next for Lee on April 4th, 2014. Lee continued with his winning streak by beating Lewison. Lewison was stopped in the 6th round via TKO crowning Lee as the first person to stop this opponent.

Paul Gonsalves was beaten next on July 25th, 2014 meaning Lee could maintain his unbeaten streak. In 2014 Lee fought his next opponent in Paul Gonsalves. A challenging 6 round fight that ended in Lee's favour as the judges awarded Lee the MD victory. Lee was the 4th person to defeat Gonsalves.

Mike Lee went into his latest fight with Mike Snider on June 3rd, 2016 with 13 wins and he continued this winning streak taking it to 14 wins. Keeping his record on track, Lee showed his boxing ability in his most recent fight, taking Mike Snider the distance and securing a UD decision victory in a 8 round fight. 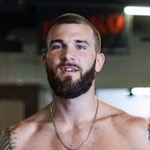