Odlanier Solis started off his pro career aged 27 and currently has a record of 21-2-0. Solis now looks to build on the experience gained in his first 23 fights. The longest win streak that Solis has ever recorded was between April 2007 and December 2010 when it totaled 17 wins. Solis's longest KO streak is 6 fights long.

In April 2007 Solis faced Andreas Sidon in his debut bout over 4 rounds, but only 1 were needed as Solis became the quickest person ever to stop Sidon via a 1 round KO victory. Solis continued on his journey to success by fighting 6 times in 2007 and 6 times in 2008 beating fighters such as Mamuka Jikurashvili, Andreas Sidon and Chauncy Welliver in his next 12 fights.

On April 26th, 2008, Solis was in action again beating Mamuka Jikurashvili taking his win streak to 9 wins. Jikurashvili was stopped in the 2nd round via KO meaning Solis was the first person to stop this opponent. Taking his record to 11 wins, 0 losses and 0 draws, Solis then went on to win a further 2 fights.

On March 20th, 2010, Solis was in action again beating Carl davis Drumond taking his win streak to 16 wins. Drumond proved to be no match for Solis, and Solis became the first person to stop Drumond via RTD during round 3. Solis then went on to face Ray Austin where he added another win to his tally.

On March 19th, 2011, Solis took on and was defeated by Vitali Klitschko in his first career defeat meaning his career tally went to 17-1-0. Klitschko proved to be too much for Solis, destroying him in round 1 via KO and bringing the first stoppage defeat of Solis's career. 3 wins followed for Solis including being the First to beat Leif Larsen, 2nd person to stop Yakup Saglam and 5th person to beat Konstantin Airich.

Odlanier Solis added another win to his record by beating Milos Dovedan on August 4th, 2016, upping his record to 21 wins. Solis's win against Dovedan was only the 23rd time Dovedan had been stopped. The fight finished in the 2nd round of a 6 round fight via KO. 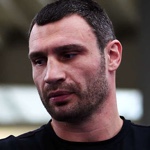