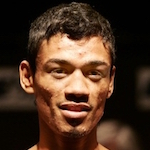 Although Tomas Rojas has been beaten in his career, with a fight count of 65 fights and a 20 year long career he approaches the end of his career with a record of 48-15-1. He made his debut in December 1996 at the age of 16. Between December 1996 and August 2016, Rojas had his longest winning streak of 9 fights. In his 65 fights, his longest KO streak is 4 fights long.

It didn't take Rojas long to get accustomed to the pro style of fighting. Becoming the first person to go the distance with Gonzalo Diaz montalvo in a successful pro debut. Continuing on from his debut, Rojas had an impressive start to his career as he went on to fight 35 fights including once in 1996, 2 times in 1997 and 26 times between 1998 and 2007 against fighters such as Moises Castro, Trinidad Mendoza and Ramon Leyte.

Rojas went into his next fight against Vic Darchinyan on December 12th, 2009 with a career record of 31-12-1. Rojas was stopped by Vic Darchinyan in the 2nd round of a 12 round fight via KO. It was Rojas's 2nd stoppage defeat in his career. Fights against boxers including Feliciano dario Azuaga, Juan jose Montes and Kohei Kono followed where he won 11 fights taking his winning streak to 40 wins.

Enrique Bernache was the next fight for Rojas on September 7th, 2013 and also his next career win. In 2013 Rojas fought his next opponent in Enrique Bernache. A challenging 10 round fight that ended in Rojas's favour as the judges awarded Rojas the UD victory. Rojas was the 6th person to defeat Bernache.

Rojas kept his losses at 14 by beating Vergel Nebran on January 11th, 2014. Nebran was stopped in the 8th round via KO crowning Rojas as the first person to stop this opponent.

Taking another knock in his career, Rojas fought Cristian Mijares on April 8th, 2017 and was defeated by Mijares. Opponent Mijares fought well and proved he was technically superior to Rojas over the full 10 round fight. The fight came to a close after the final bell, Mijares the victor on the judges decision (UD), with Rojas left wondering where his career will go next. 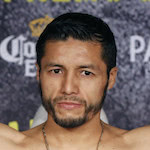 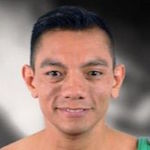