Although now beaten Juan pablo Lopez started his career on July 2006 and has now built up a record of 26 wins, 3 losses and 0 draws. Fighting his latest fight in October 2018, Lopez is looking to improve on his 8 year career to date and see just how far he can go. Lopez's longest KO streak is 11 fights long out of his 29 career fights.

Starting as he means to go on, Lopez got off to an explosive start in his debut, defeating Sergio Murillo in 2 rounds and becoming the only person to have stopped Murillo to date. Continuing on from his successful debut, Lopez continued his winning streak by winning his next 15 fights. In this time he fought and beat Manuel Cruz, Jesus Valenzuela and Leonardo Resendiz to name just a few, fighting 2 times in 2006, 5 times in 2007 and 8 times through 2008, 2009 and 2010.

Lopez went into his next fight against Carlos Urias on September 3rd, 2011 with a career record of 20 wins. Urias was a push too far for Lopez and after a tough fight Urias became the first person to beat and stop Lopez in round 3.

Lopez went into his next career fight with a record of 20-1-0 and took this to 21 wins with a win against Arturo Gutierrez on March 17th, 2012. Continuing his career, Lopez fought Arturo Gutierrez in 2012 over 6 rounds. Lopez was the 5th person to go the distance with Arturo Gutierrez. 3 wins followed where Lopez went on to fight Daniel Valenzuela and Isidro Hernandez amongst others, prolonging his win streak.

Lopez went into his next fight against Marcos Villasana jr on February 9th, 2013 with a career record of 23-3-0. Lopez was beaten by Marcos Villasana jr in the 3rd round. Lopez had only ever been stopped 2 times previously in his career. Lopez's wins continued and went from 23 wins to 24 after he then defeated Guadalupe Sarmiento.

Pushing his career further, Lopez fought Jesus Valenzuela on September 28th, 2013 adding to his winning record. Lopez's UD win against Jesus Valenzuela came via judges decision of a 8 round fight. Lopez became the 10th person to defeat Valenzuela and secured a great win.

Juan pablo Lopez went into his fight with Fernando Torres on August 30th, 2014 with 25 wins and he added another win to his record taking it to 26 wins by beating Torres. Ending via TKO, Lopez became the 3rd fighter to stop Torres. The defeat came in the 10th round of a 10 round fight. 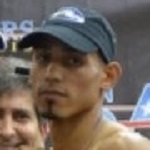