Starting his career in June 2002 at the age of 21, orthodox boxer Marat Khuzeev has now been pro for 13 years and has built up a career of 21-10-1. Khuzeev now moves into the final stages of his career. Khuzeev's longest KO streak is 2 fights long out of his 32 pro career fights.

In his debut fight, Khuzeev's became only the 5th fighter to go the distance with Vladimir Zavgorodniy, winning by UD in round 4 of 4. Khuzeev's rise in boxing continued with 16 fights against fighters such as Jozsef Matolcsi, Christian Bladt and Albert Starikov. He had a mixed start to his career but mostly successful so far.

Reda Zam zam was next in line for Khuzeev where unfortunately, he was defeated on March 30th, 2006 taking his record to 12-1-1. Khuzeev's first defeat came over the full distance against Reda Zam zam on March 30th, 2006. The fight went to the judges in a UD loss for Khuzeev. 7 wins followed where Khuzeev went on to fight Tarek Ablazim, Dmitri Protkunas and Albert Starikov amongst others, prolonging his win streak.

Khuzeev's career took a knock with a loss against Selcuk Aydin on September 12th, 2008 taking his record to 17-4-1. Aydin proved to be the biggest challenge to date for Khuzeev, Khuzeev never really got going in the fight and Aydin handed Khuzeev his first stoppage defeat in the 2nd round of a 12 rounder. Taking his record to 18-4-1. Khuzeev then went on to win his next fight against Patricio Chikokolo.

Khuzeev went into his next fight against Saul Alvarez on August 8th, 2009 with a career record of 18-5-1. Alvarez upset Khuzeev, stopping him in the 2nd round and becoming only the 2nd person to stop Khuzeev. Fights against boxers including Sherhomil Rahimov and Bahtiyor Djuraev followed where he won 3 fights taking his winning streak to 20 wins.

Khuzeev's career took a knock with a loss against Arif Magomedov on October 19th, 2013 taking his record to 20-7-1. Magomedov upset Khuzeev, stopping him in the 1st round and becoming only the 3rd person to stop Khuzeev. Khuzeev then went on to fight 4th stoppage defeat to Artur Akavov and 4th person to stop Alexander Oganyan in his next 2 ensuring his record was 21-8-1

Khuzeev went into his next fight against Mike Keta on October 18th, 2014 with a career record of 21-9-1. Khuzeev failed to go into the later rounds with Keta, with Keta stopping him in the 3rd round and becoming the 5th person to stop Khuzeev.

Taking another knock in his career, Khuzeev fought Dmitry Chudinov on February 13th, 2016 and was defeated by Chudinov. A great performance by opponent Chudinov added a 6th stoppage defeat to Khuzeev's career. Khuzeev was outmatched and the fight was brought to a halt in round 2 via KO. 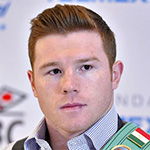