Juan Diaz's debut fight took place on June 2000 when he was 16 years of age. His career has spanned 15 years to date and whilst he's now in the later stages of his career, he has amassed a record of 41-4-0 over the course of his 45 fight career. Diaz's longest win streak is 33 fights between June 2000 and October 2007. His longest KO streak in his 45 fights is 5 fights long.

In a memorable debut Diaz gained a TKO win against Rafael Ortiz in a 4 round contest, becoming the 3rd person to stop Ortiz. Continuing on from his successful debut, Diaz continued his winning streak by winning his next 23 fights. In this time he fought and beat Roy Delgado, Joel Perez and Francisco Lorenzo to name just a few, fighting 6 times in 2000, 7 times in 2001 and 10 times through 2002 and 2003.

Diaz then went on to fight and beat Billy Irwin on January 21st, 2005 maintaining his unbeaten record. Diaz's fight against Billy Irwin came in the 9th round of a 12 round fight via TKO. Diaz became the first person to stop Irwin. Diaz's winning streak went from 27 wins to 29 after he then defeated boxers including Arthur Cruz and Jose miguel Cotto.

Randy Suico was beaten next on July 15th, 2006 meaning Diaz could maintain his unbeaten streak. Suico was stopped in the 9th round via TKO crowning Diaz as the first person to stop this opponent. Diaz's win streak of 30 rose to 33 following 3 great wins, becoming the 2nd person to stop Acelino Freitas, 3rd person to stop Julio Diaz (Round 9 TKO) and 4th person to defeat Fernando Angulo.

Taking the first knock of his career, Diaz fought Nate Campbell on March 8th, 2008 and was defeated by Campbell. Diaz's technical boxing ability was put to the test as he got outpointed in the 12 round fight against the better man. Campbell gave Diaz his first professional loss of his 34 fight career to date. Diaz then went on to win again against Michael Katsidis setting him up well for his next pro fight.

On February 28th, 2009, Diaz took on and was defeated by Juan manuel Marquez meaning his career tally went to 34-2-0. Marquez was a fight too far for Diaz and after a rough fight Marquez became the first person to stop Diaz in round 9. Diaz continued his success in the next 7 fights taking his record to 39 wins, 4 losses and 0 draws.

Carlos Cardenas was the next fight for Diaz on September 6th, 2014 and also his next career win. Diaz's UD win against Carlos Cardenas came via judges decision of a 10 round fight. Diaz became the 9th person to defeat Cardenas and secured a great win.

Ensuring he added another win to his tally, Juan Diaz defeated Fernando Garcia on March 19th, 2016 in his latest fight. Ending via TKO, Diaz became the 6th fighter to stop Garcia. The defeat came in the 9th round of a 10 round fight. 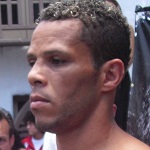