Degollado didn't take long to get comfortable in the pro game, becoming the first person to stop Anastasio Campos (a 0 fight pro) via KO in the 1st round. Degollado's win streak continued to amass with 7 wins against fighters such as Jesus Ramos, Sergio Mendez and Adrian Briones.

Keeping his losses at zero, Degollado fought on August 2nd, 2013 beating Ramon Becerra. Degollado was the first person to stop Ramon Becerra and he did it in the 2nd round via TKO. 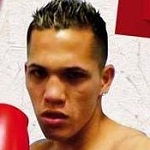