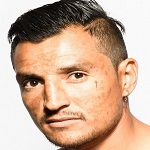 Javier Mercado's debut fight took place on June 2010 when he was 18 years of age. His career has spanned 4 years to date and whilst he's now in the later stages of his career, he has amassed a record of 21-8-2 over the course of his 31 fight career. Mercado's longest win streak is 8 fights between June 2010 and July 2011. His longest KO streak in his 31 fights is 7 fights long.

Starting as he means to go on, Mercado got off to an explosive start in his debut, defeating Alan Alejandro in 2 rounds and becoming the only person to have stopped Alejandro to date. Continuing on from his debut, Mercado had an impressive start to his career as he went on to fight 16 fights including 5 times in 2010 and 2 times in 2012 against fighters such as Luis alberto Pelayo, Sergio Becerra and Ivan Lopez.

Mercado went into his next fight against Rodolfo Hernandez on July 23rd, 2011 with a career record of 8 wins. Mercado faced the first defeat and stoppage of his career against Rodolfo Hernandez in the 2nd round of a 8 round fight via TKO. Mercado's win streak of 8 rose to 16 following 8 wins against boxers such as Gilberto Cruz, Isaac Torres, Ivan Lopez and 5 others.

Taking another knock in his career, Juan jose Martinez was next in line for Mercado with Martinez coming out victorious. Mercado career was at 16-3-0 following the fight. Mercado was beaten by Juan jose Martinez in the 4th round. Mercado had only ever been stopped 2 times previously in his career. Mercado's record of 17-3-1 came following 2 fights against boxers such as 12th person to stop Jesus Ceja and fought Carlos Jimenez

Taking another knock in his career, Juan jose Martinez was next in line for Mercado with Martinez coming out victorious. Mercado career was at 17-4-1 following the fight. Mercado fought Juan jose Martinez and was defeated via KO in the 8 round bout. This was Mercado's 3rd stoppage defeat in his career which came in the 1st round. Mercado then went on to win a further 5 fights taking his record to 21 wins, 5 losses and 1 draw.

Mercado's career took a knock with a loss against Juan antonio Rodriguez on November 30th, 2013 taking his record to 21-6-1. Mercado failed to go into the later rounds with Rodriguez, with Rodriguez stopping him in the 4th round and becoming the 4th person to stop Mercado. Mercado's record of 21-6-2 following 1 win against fought Felipe De la paz teniente.

Taking another knock in his career, Mercado fought Fernando Torres on September 24th, 2014 and was defeated by Torres. Once again Mercado was in a tough fight, one that proved to be a step too far in Mercado's latest fight. Opponent Torres fought well and was rewarded with a win, and crowned only the 6th man to stop Mercado in the process. The fight ended in round 3 via TKO. 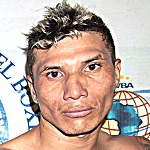